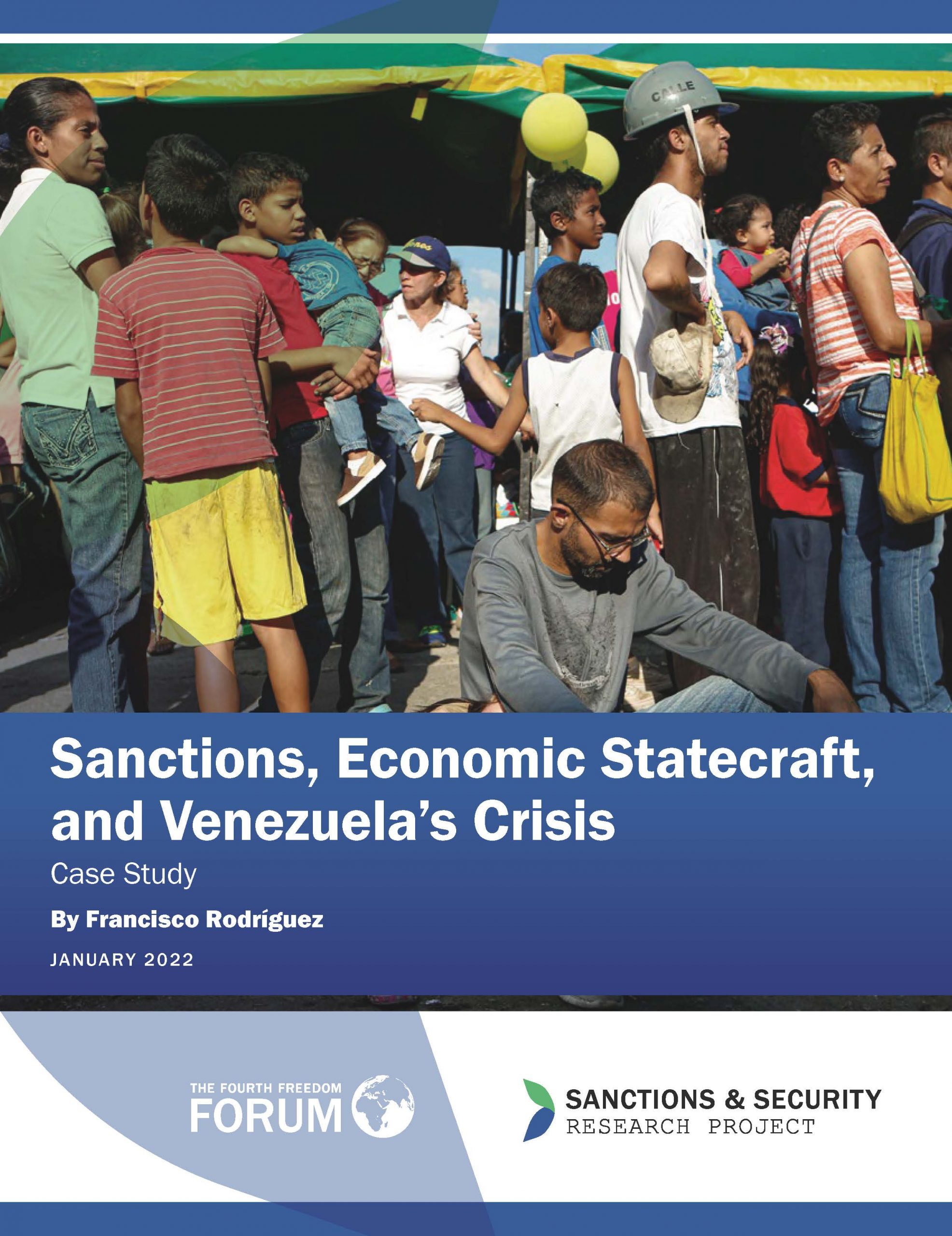 This case study summarizes the evidence on the effect on Venezuela’s economic and social conditions of economic sanctions and other actions of economic statecraft taken by the United States and its allies in response to the country’s political crisis. The preponderance of evidence indicates that sanctions and other statecraft measures—including the formal recognition of a government with no de facto control over the territory—have had a strong and significant negative effect on the Venezuelan economy. These actions have made a sizable contribution to declining oil production, exacerbating the country’s fiscal crisis, and contributing to one of the largest documented peacetime economic contractions in modern history. Many arguments commonly voiced to dispute the effects of sanctions, such as those that appeal to temporal precedence of other causes of the country’s crisis, are either factually incorrect or premised on fallacious logic. Reforming the sanctions regime will be a complex task, given the interaction with other statecraft measures and a broader toxification of the country’s economic relations. Reform attempts should include the introduction of an oil-for-essentials program, support for political humanitarian agreements, issuance of clearer compliance guidelines, introducing an explicit differentiation between strategic and nonstrategic sanctions, and seeking multilateral alignment with international actors on key strategic issues including that of government recognition.