(Sanctions and Security Research Program of the Fourth Freedom Forum and the Kroc Institute, 2011)  By David Cortright, with Alistair Millar, Linda Gerber-Stellingwerf, George A. Lopez, Eliot Fackler, and Joshua Weaver 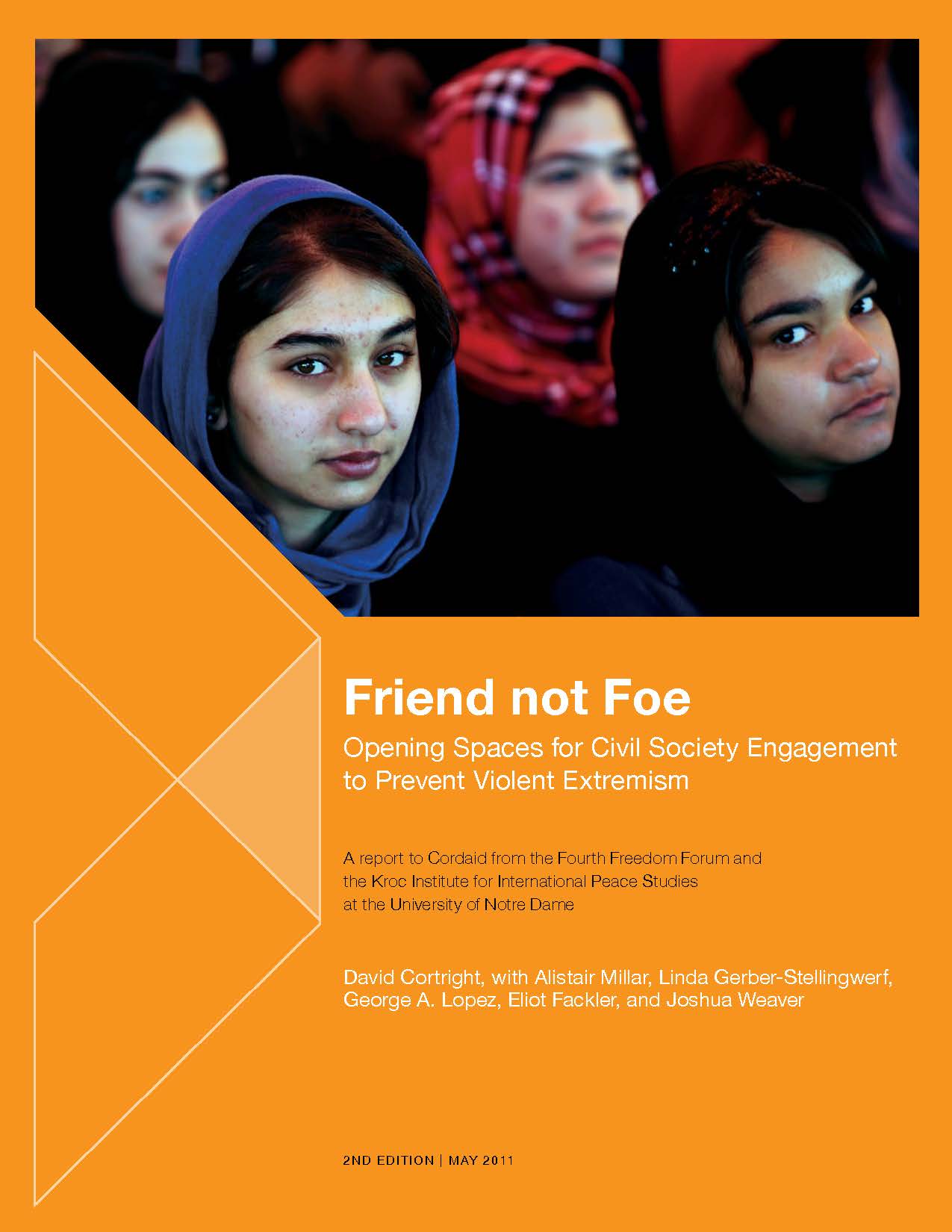 “One of the less known aspects of the tragic 9/11 events and the subsequent global war on terror is the chilling impact counterterrorism measures have had on civil society and citizens’ agency. Ten years later the phrase ‘war on terror’ is no longer used officially, but measures that curtail the operational and political freedoms of civic organizations worldwide in the name of countering terrorism continue to be real, tangible, and strongly counterproductive.”